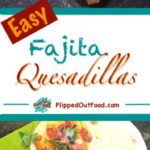 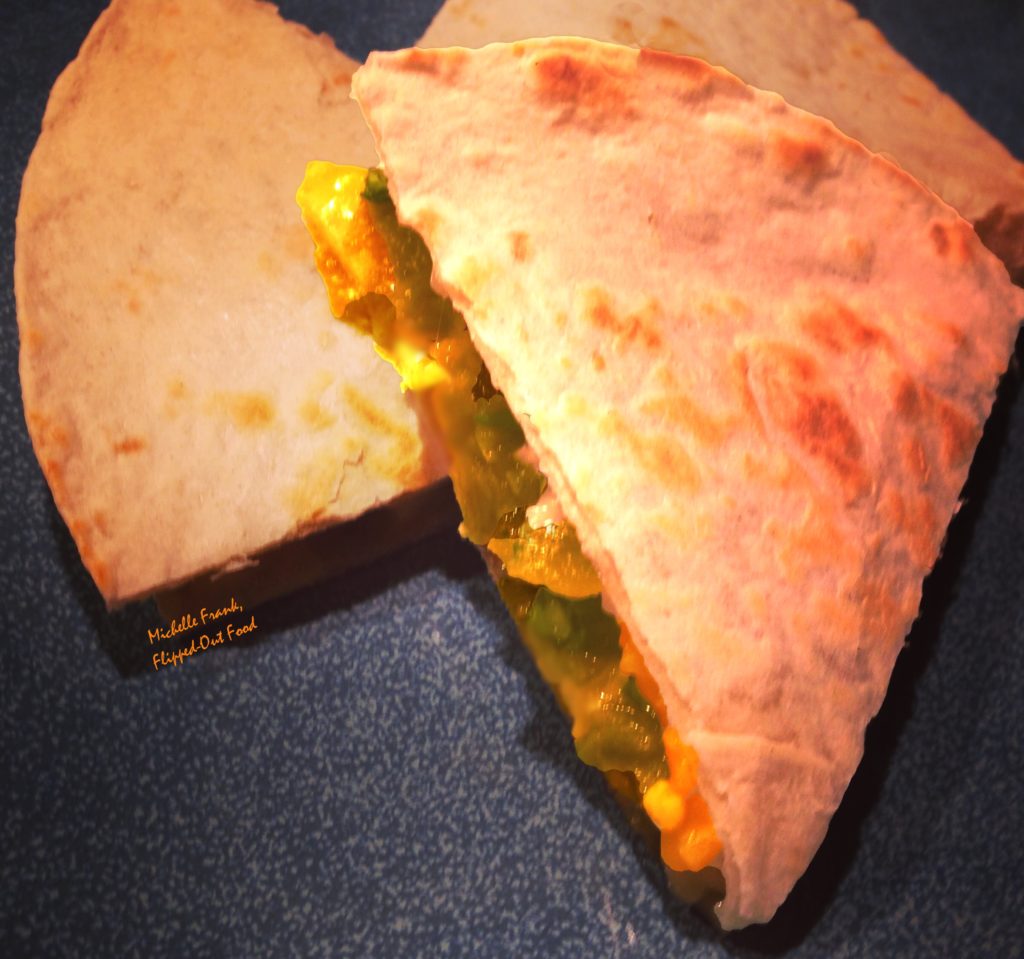 Fajita quesadillas are ooey-gooey delicious and crazy-fast. They're a great way to use up leftover meat—for example, my Carne Asada. These quesadillas make for a fun, kid-friendly meal that will become a go-to in your family.

Quesadillas are incredibly fast and easy to make, which makes them PERFECT for busy weeknights. They are a great way to use up leftover meat, especially if you have part of a rotisserie chicken kicking around in the fridge, or perhaps you just made Carne Asada the night before. In fact, if DO you have leftover Carne Asada (which, BTW, also includes fajita veggies—SCORE!), these Fajita Quesadillas are a natural next step for using it up! On the other hand, you can go vegetarian with Fajita Quesadillas: they're still absolutely scrummy—just make more fajita veggies.

A brief history of Fajita Quesadillas

I have some near-and-dear-to-my-heart history with Fajita Quesadillas. Way back when I first became a regular fixture in the Frank family—my wonderful hubster, Phil, and his three beautiful children—this was the meal I made when Phil had to go out of town for a business trip and I was alone with the kids for the first time. 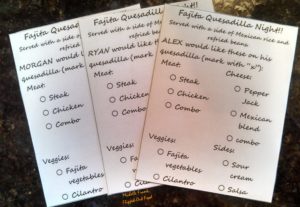 I wanted to do something special and fun for them to ease any discomfort about being alone with me for the first time, so I settled upon Fajita Quesadilla night. I made up little menus for each child the night before and gave them to the kids after I picked them up from school that day. They got to personalize their fajita quesadillas and go hog-wild with the fixings, which I set out buffet style.

The kids thought it was a hoot. They bragged to their dad about the great dinner I'd made them, and how it was like going to Chipotle at home. [rolls eyes heavenward] That's high praise in the Frank family, I've come to learn. (You can read more about the learning curve I faced when, having no kids of my own, I became instant mom to three here.)

If you have Carne Asada leftovers, this is a simple matter of reheating the vegetables and meat when it comes time to assemble the quesadillas. If not, I like to slice the peppers and onions for the fajita vegetables either the night before or that morning before I go to work. I store them in a zip-top bag so that all I have to do is sauté them in some olive oil at dinner time. Although they are completely delicious on their own with a little S & P, I sometimes add a couple teaspoons of taco seasoning to amp up the flavor. 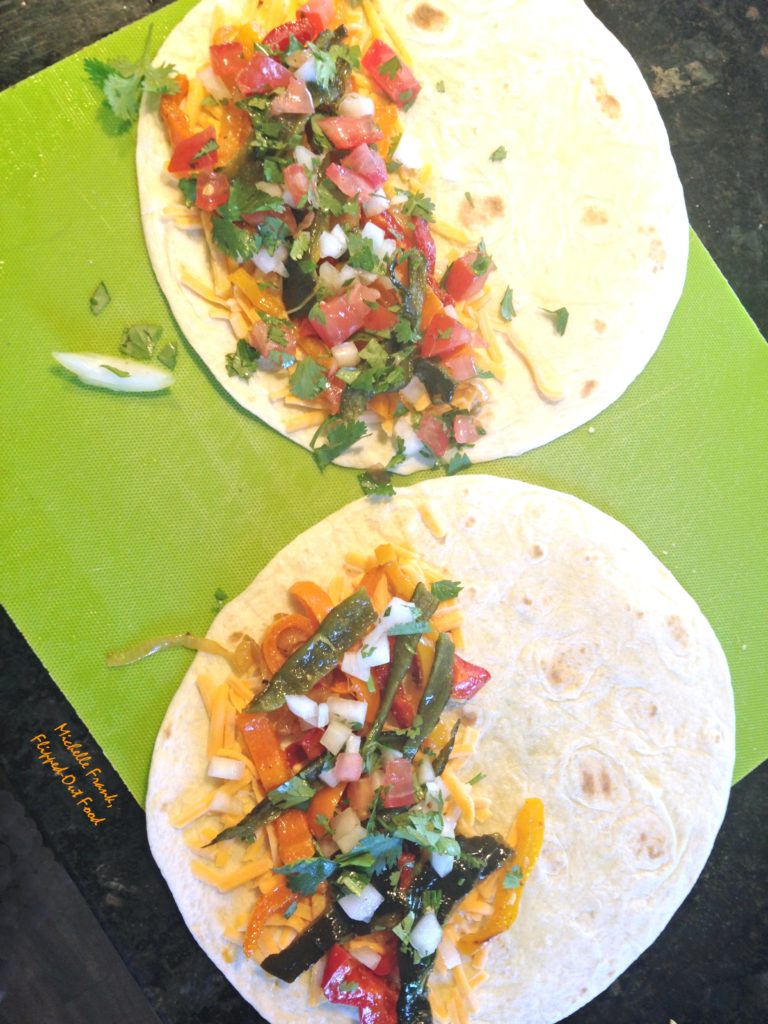 A note on the filling mixture: I used to layer cheese on the bottom, then meat and veggies, and then another layer of cheese (like in the photo above). Now, I have come to realize that the quesadilla holds together better if I mix everything. The cheese melts throughout and holds the two halfs of the tortilla together, while also anchoring the bite-size pieces of meat and veggies—no messes! 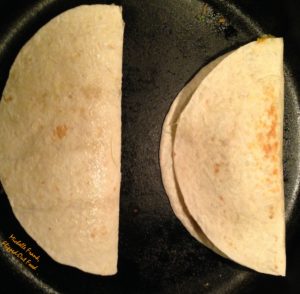 I like to use my cast-iron skillet for this task. It's a 16"-inch skillet, so it's perfect for the large-sized tortillas I like to use: I can cook 2 at a time.

When the fajita quesadillas are crispy and golden-brown all over, I take them to a cutting board. Although you can serve them as-is, I like to cut them into 3 symmetrical triangles for a fun presentation and easy handling. Here's the scheme I follow to cut the tortillas (use a pizza cutter or a large chef's knife): 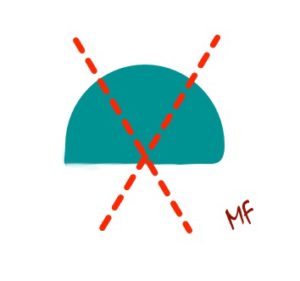 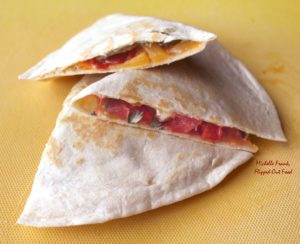 And that's it. Serve the fajita quesadillas with a simple side salad—and maybe some refried beans or rice—and call it dinner. One large quesadilla is more than enough for me, and more than my kids can eat. Phil usually swipes any extra quesadilla sections. Since this is a very kid-friendly meal, it's a go-to in my household, especially on busy weeknights. I hope that your family loves it as much as we do!

FOR THE FAJITA VEGETABLES

To make vegetarian fajita quesadillas, simply triple the amount of fajita vegetables that you make and leave out the meat.