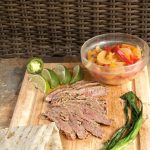 Carne Asada with Fajita Vegetables is a lightning-fast, Mexican-inspired marinated skirt steak and fajita vegetables. Meal prep by making the marinade and slicing the veggies the night before! 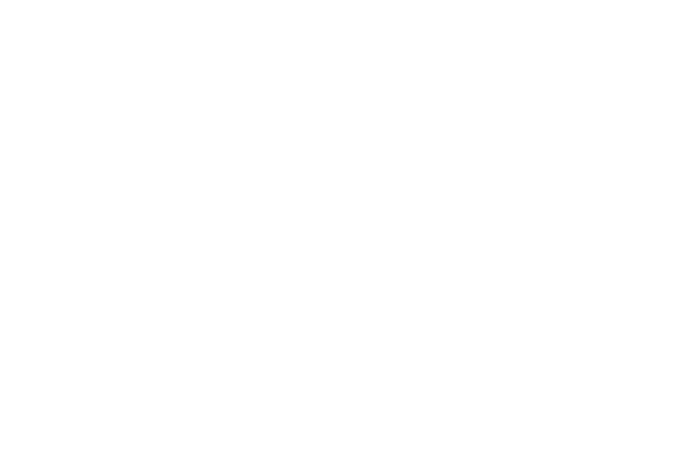 (Updated post.) Let me first say that marinating meat is magic. (See what I did there?) No, seriously. You take a thin cut of meat—like flank or skirt steak, a chicken breast, or a pork chop—and put it in a mixture of spices, aromatics, herbs, acid, and oil. As the meat sits in the marinade, the acid goes to work on the connective tissue to tenderize the meat, while the herbs and spices give it flavor. The oil comes to the party to help the meat brown, but also for flavor: some aromatics, herbs, and spices dissolve better in oil than in (water-based) vinegar.

The marinade I use for this carne asada is similar to Cuban mojo. It has orange and lime juice, plenty of garlic, cilantro, Mexican oregano, cumin, and jalapeño. In addition, I add a tablespoon of Asian fish sauce: completely not authentic, but great for adding umami AND salt without detectable fishy flavor.

I make my marinades early in the morning in a zip-top bag and let the magic sauce transform the meat in the refrigerator while I'm working. Then, near dinner time, I pull the meat out of the marinade (scraping off most of it with a silicone spatula)...and it's a simple zzzhhhh-zzzzhhh in a cast iron skillet or on the grill. You can see that we prefer our carne asada on the rare side of medium-rare, which also lends itself to a lightning-fast cook time. 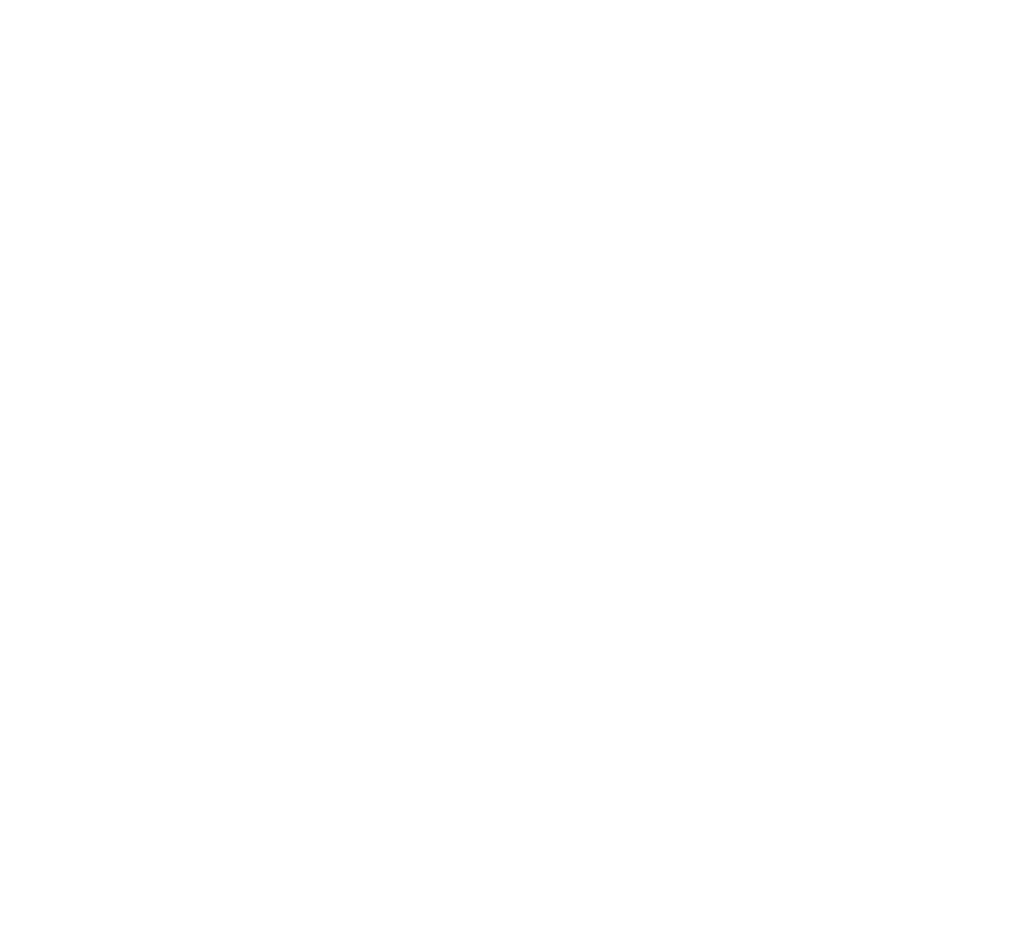 I like to serve carne asada with fajita vegetables. The fantastic thing about this is that you can slice up the veggies the night before and store them in a refrigerated zip-top bag. I cook the veggies in the same skillet that I use for the carne asada while the meat rests. I don't wipe out the pan beforehand because the flavor of the meat and marinade seasons the vegetables quite nicely. In fact, I like to reserve 2 or so tablespoons of the marinade to mix in right when the fajita vegetables are done cooking. Alternatively, you can add in a teaspoon or two of my 5-ingredient homemade taco seasoning.

Carne asada: about the meat 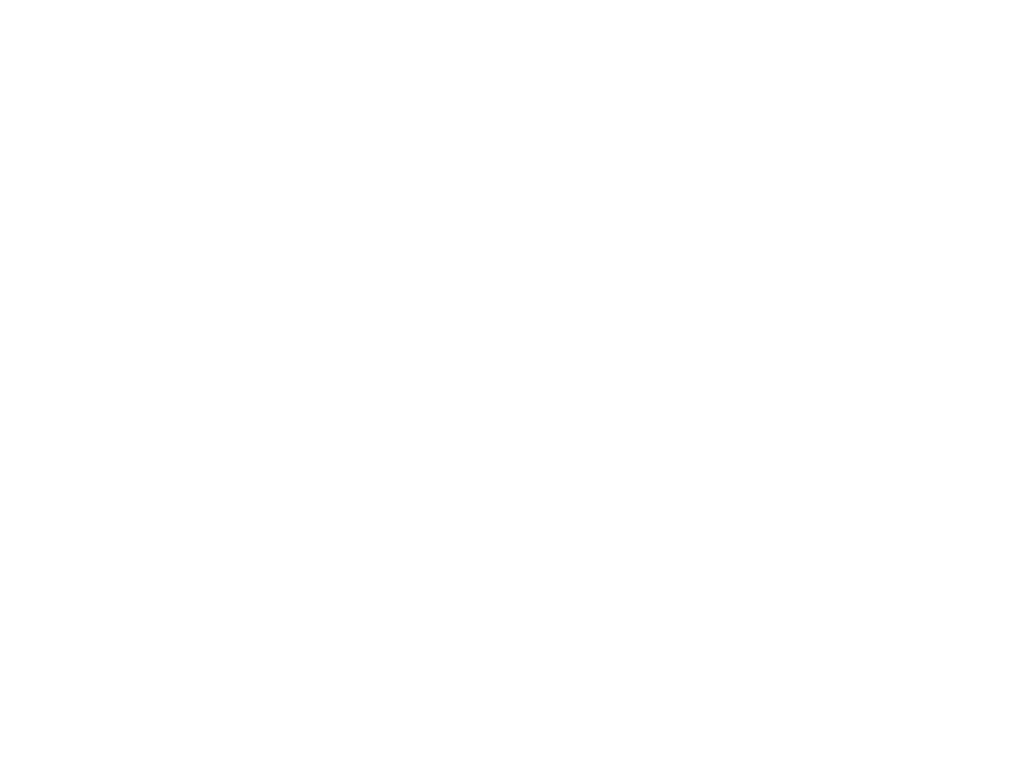 My carne asada-fied skirt steak resting on the cutting board. You can see the direction of the grain: I'll first cut the steak into manageable pieces WITH the grain, then slice it thinly ACROSS the grain.

My favorite cut of meat for this carne asada recipe is skirt steak, with flank steak running a close second. Skirt steaks are long and thin, and they absorb flavor from the marinade really well. Apart from that, the flavor of the meat itself is incredibly yummy. Something to keep in mind is the orientation of the muscle fibers, also known as the "grain" of the meat. Cutting "with the grain" means that you're cutting along the length of the muscle fibers, which will give you non-delicious, stringy, tough meat. Slicing "across the grain" means that you are cutting thin cross-sections of the muscle fibers, which yields very noshable, tender, delicious meat.

Skirt steaks, because they are so long, are sometimes easier to deal with if you cut them into thirds (e.g., if your skillet isn't big enough). In any case, I always cut the steak into sections before slicing it, because trying to slice a steak that's a third larger than my knife would just be silly. For carne asada with fajita vegetables, I cut with the grain to create the sections, and then across the grain after the steak has cooked and rested.

My family loves their condiments for carne asada with fajita vegetables: there's always hot sauce, sour cream, cilantro, and cheese. So, I set out the sliced meat, veggies, warm tortillas, and the condiments buffet style for a DIY fajita bar. It's always a hit with the kids. So there you have it: if you work ahead and do the meal prep in advance, this meal comes together in under 20 minutes. Use up your leftovers in quesadillas (recipe linked below)! 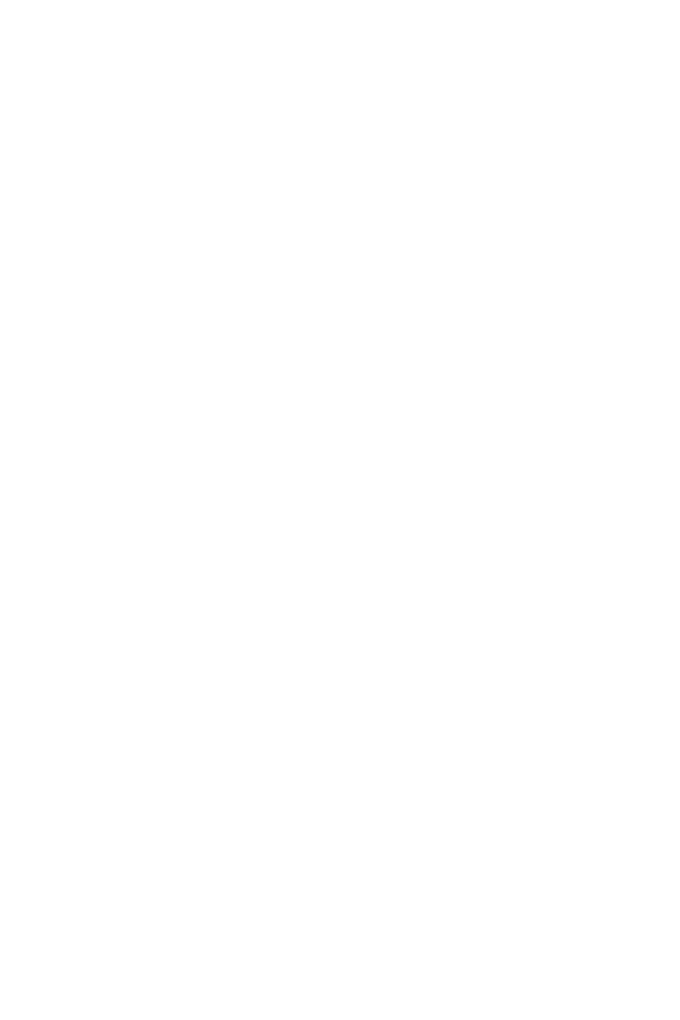 I hope your family loves this fun, Mexican-inspired feast! For more cookout and potluck inspiration, check out my Virtual Memorial Day Potluck Recipes Roundup! Or, if you want more Latin American-inspired recipe ideas, check out my Mexican-Inspired Recipes for Cinco de Mayo!

I'm linking my recipe for Carne Asada with Fajita Vegetables with:

FOR THE FAJITA VEGETABLES

A sampling of Mexican-inspired recipes on Flipped-Out Food: 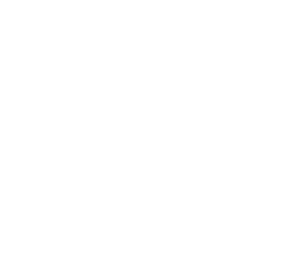