You are here: Home » The Flipped-Out Food Blog » Blending 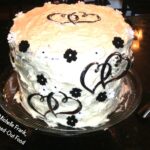 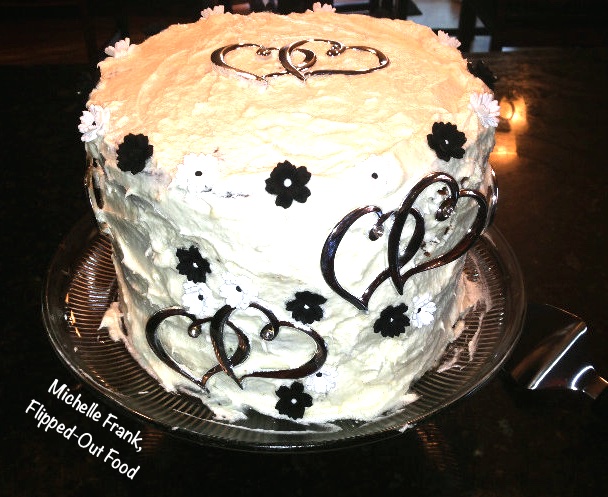 It’s coming up on Phil’s and my one-year anniversary. We met three years ago at a local restaurant/bar on trivia night. I was headed toward my friends’ table, when an incredibly handsome man jumped up from his seat, took my hand, and looked into my eyes. We talked briefly, and I went to join my friends, promising that I’d come back and chat with him later.

My mind was anywhere but trivia, and when Phil approached my table asking me to PLEASE come talk with him, I couldn’t resist. We talked for a while and exchanged numbers; he texted me later that night. No games. We met for our first official date two nights later.

Phil and I were both recent divorcées, still raw and gun-shy. Talking about it with someone who had gone through a very similar experience was incredibly therapeutic. We immediately connected on a deep, emotional level—we remember feeling as though we'd known each other in another life.

During the course of our date, I learned that Phil had three children from his previous marriage, and shared 50% custody with his ex-wife. This was a large morsel for me to digest, since I had no kids of my own. Three? THREE?!

Phil asked me if that was a deal-breaker. I gulped...and assured him that it was not, even though I wouldn't quite wrap my brain around the ramifications of becoming a blended family of five until much later. I invited Phil over for dinner with my sister and me a few nights later.

What might have been a deal-breaker was if, when presented with the Mexican meal I’d made, Phil had turned out to be one of those people who don’t like salt, let alone any other herbs, spices, or exotic ingredients/flavors. Instead, Phil swore that the Rick Bayless-inspired Enchiladas Suizas, Mexican rice, and refried beans were the best thing he’d ever eaten.

Three months went by before I met Phil’s kids, or before they had any idea that Phil had a girlfriend. During that time, Phil and I spent time together every other week. I appreciated that he was so careful with easing his kids into the idea of someone new in their lives. But the off-weeks were hard on both of us.

When I finally met the kids, they were excited, welcoming, and expressed none of the hostility I’d been afraid of. There was a bit of territorial behavior at first, with the youngest “guarding” his dad and psuedo-playfully growling at me from his lap, but that didn’t last long.

The last three years have been a learning curve for all of us, since I was, of course, raised very differently than they were, and what worked for me wasn’t necessarily the best parenting style for them. I have learned a LOT from these kids, and I only hope that they have learned as much from me.

Our blended family and food

Cooking for our blended family has been an adventure, since the kids were accustomed to eating out several times per week. One of the boys announced that he did not eat anything red, nor did he like pasta. Vegetables were right out. The other son did not care for soup. [Michelle’s head explodes]

So, rather than axing entire cuisines and food groups from my repertoire, I cook whatever Phil and I are in the mood for, and figure that—as far as liking what’s for dinner—three “thumbs up” out of four ain’t bad. I have since learned that the boys do indeed eat red stuff, pasta, and soup. Even veggies, though only under duress. (Just kidding. Not really.)

I have come to understand that when the one of the kids exclaims that I should learn how to make Filet o’ Fish sandwiches (Micky D’s), or that my sweet and sour pork is “as good as the food court at the mall,” or my cavatappi with pesto is “better than Noodles & Company,” it’s sincerely meant as a compliment. I don’t even flinch anymore.

What the kids understand is that, by cooking good, wholesome food, I am showing them how much I care. Even though I cook the Flipped-Out way to minimize the stress involved, a lot of preparation, planning, and working ahead is involved. They get it. And they thank me at every meal.

I also try to do special things for them: out-of-the-ordinary meals—like DIY pizza nights and taco bars—to get them involved. I’ve made a bonus discovery with this approach: when the kids are instructed that everyone needs to eat salad, but that they get to make it any way they like from the DIY salad bar, they eat more salad than they do if I make it for them. WHO KNEW?!

Phil and I got engaged on May 30, 2014. We planned a destination wedding at a botanical garden—just us, two witnesses, and a justice of the peace. We did not want a big-wedding cat rodeo: we both opted for low-stress (are you seeing a theme here?!). 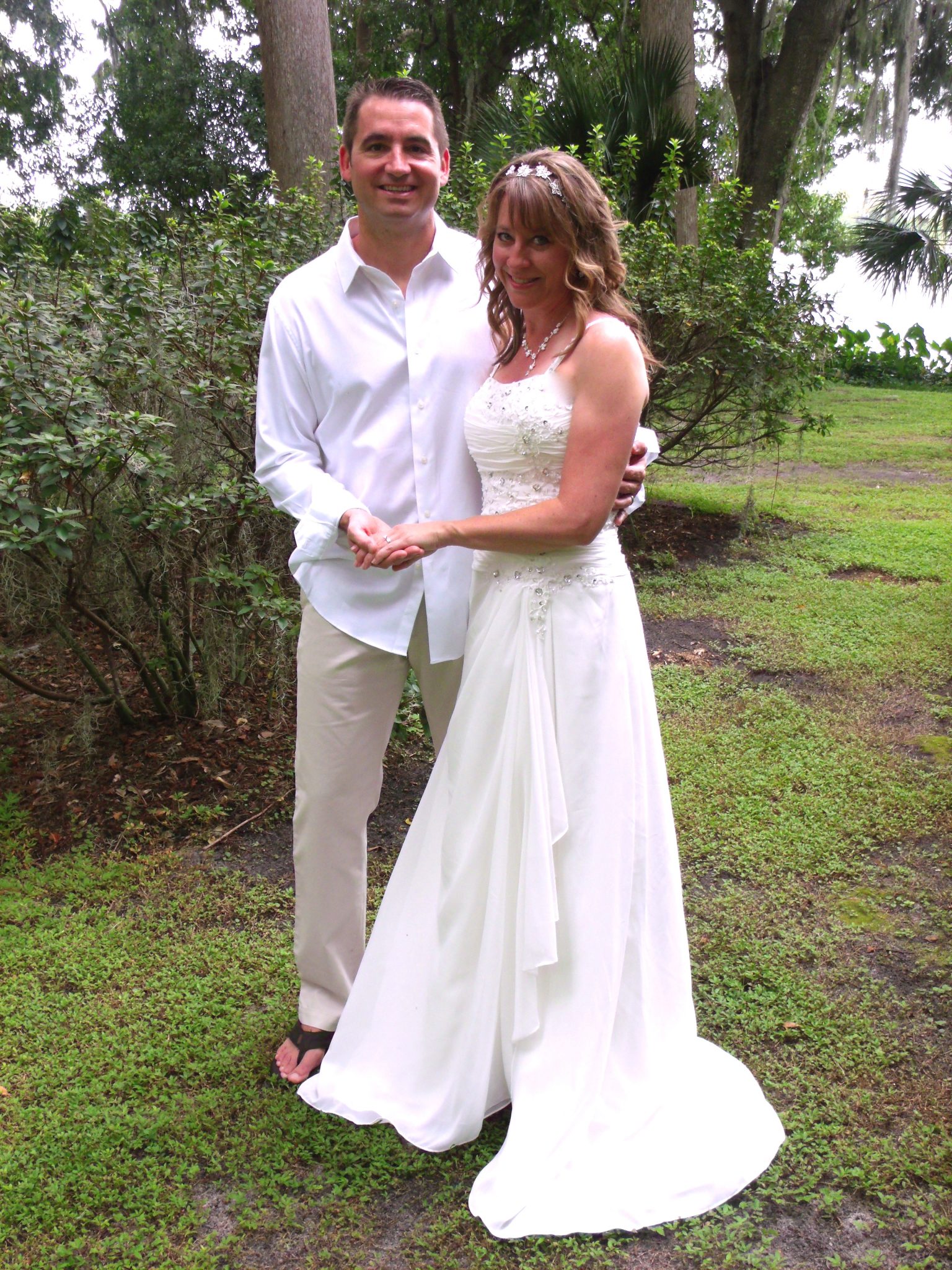 Before leaving, Phil and I planned a wedding celebration with the kids. We were about to officially become a blended family, and we wanted to show them how important this was to us. I won’t lie: it WAS a bit stressful. I put pressure on myself to make this celebration as special as possible for the kids. But looking back, I am VERY glad that we did it. 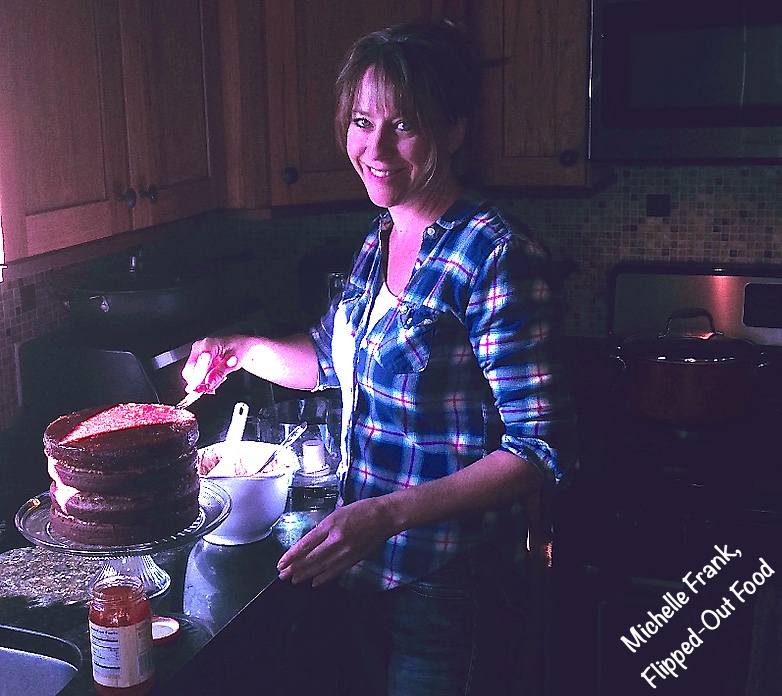 Me, frosting the cartoonish wedding cake.

I made one of the kids’ (and Phil’s) favorite meals: Mac and Cheese and ham steak. This was followed by “champagne” toasts and wedding cake. The cake was a four-layer affair with layers of chocolate mousse in between, frosted with white chocolate buttercream, and decorated with hearts and flowers.

I don’t bake a lot, but I found a great-looking recipe in Food and Wine Magazine, which I doubled to make 4 layers. I started a couple of days in advance, making 2 layers at a time. On the morning of the party, I made the mousse filling and white chocolate buttercream. I stacked the layers and mousse filling and stuck bamboo skewers from top to bottom to hold the whole thing together. Then I frosted with the buttercream and decorated.

The result was almost cartoonishly impressive. The kids loved it.

Luckily, the Mac and Cheese and the ham steak were easy to make. I flavored the milk for the Mac by heating it with fresh herbs. Then I put in a dash of hot sauce and one of mustard (you don’t actually taste either component, but it punches up the cheese flavor). Then I made a roux, added the milk, and melted the cheese. This got mixed up with my pre-cooked pasta (cavatappi is fun!) and some fried, chopped bacon, and then topped with buttery breadcrumbs. Into the oven it went until bubbly and golden brown on top. The ham steak was almost literally a zap on both sides over medium-high heat in a cast iron pan—you don’t need a recipe for that.

It was an evening to remember. The meal went off with a bang, and the wedding cake was a big hit—I mean, who doesn’t like a ginormous slice of homemade chocolate cake?! We talked about blending to become a new family and what that meant to all of us. There were tears, laughs, and a lot of hugging.

Now, nearly a year later, I’ve never been happier. It is an honor and a blessing to have joined this wonderful family.

And I’m wondering what I should cook for our anniversary.

WORK AHEAD
This dish is great for freezing. I go through step 4 above and let the assembled casserole cool slightly. Then I press some plastic wrap down over the surface of the mac and cheese, and cover the entire dish with aluminum foil. First, cool completely in the refrigerator, then transfer to the freezer. You can pull the casserole out to thaw up to 2 days in advance, then complete step 5. OR, you can take it directly from the freezer to the oven: remove the plastic wrap, top with breadcrumbs and cheese, and recover with foil. Bake at 400 degrees for 1 hour, then remove the foil and continue baking until the topping is golden. 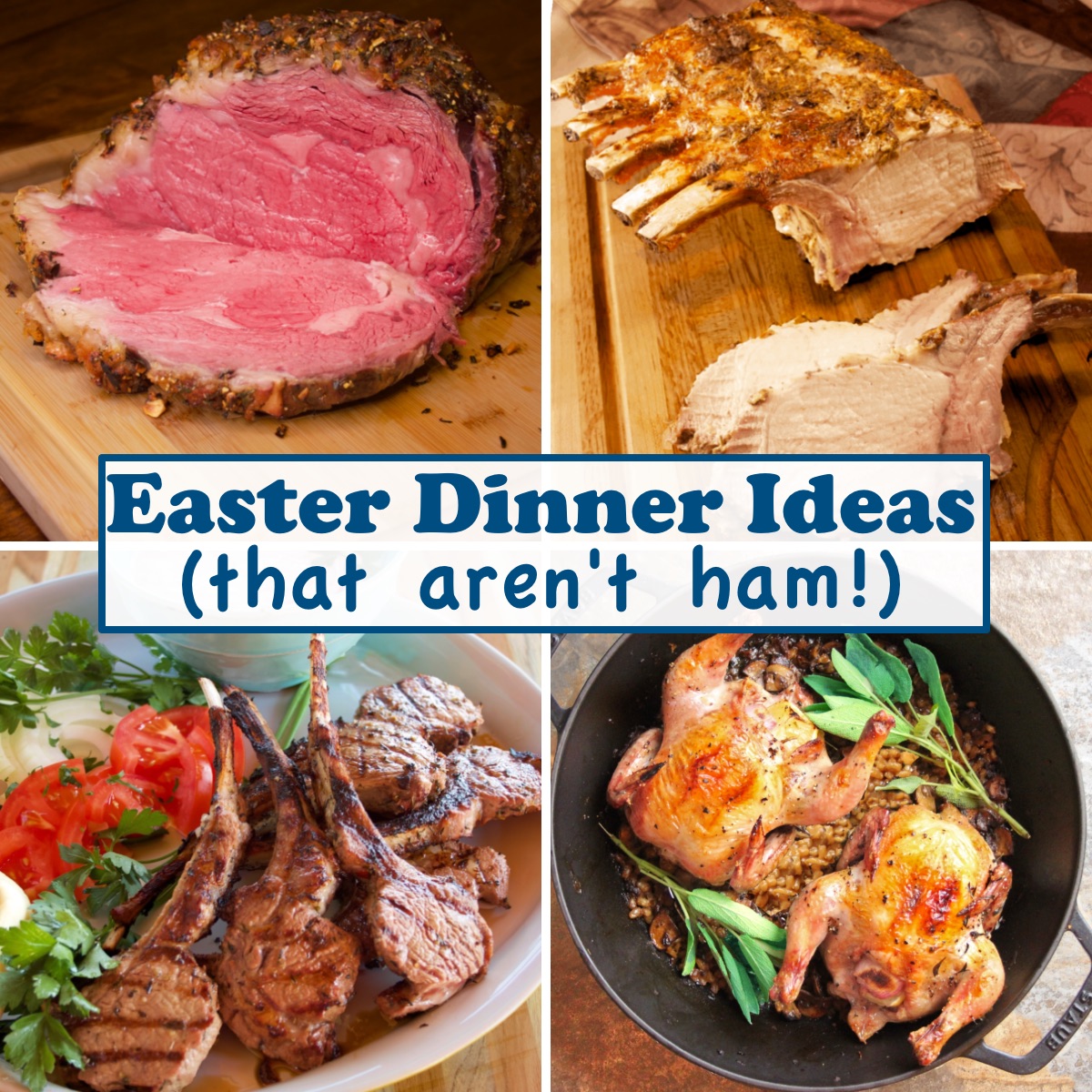