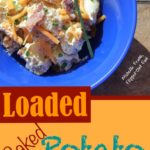 This fantastic loaded baked potato salad plays an awesome sidekick to your finger-licking barbecued meats and travels well as a side dish for a potluck. 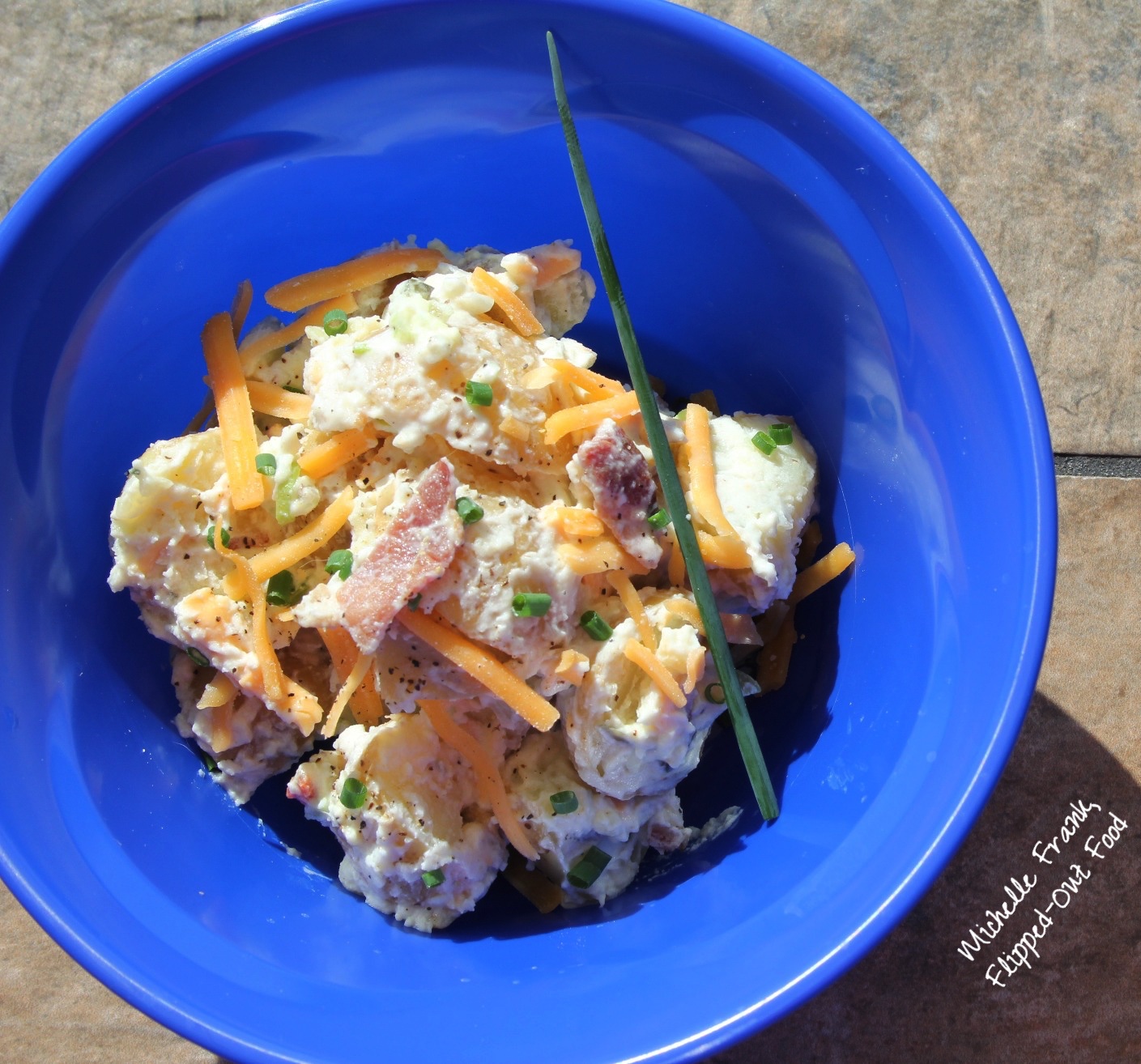 Unlike many potato salads you'll see out there, this one has no mayonnaise. As IN a loaded baked potato, I used sour cream. This keeps the calorie count in check despite the addition of bacon and cheese. And ALSO since I can't imagine adding them to a baked potato, I don't add any hard-boiled eggs.​

It's a surface-to-volume thing, baby!

Cutting objects into smaller sizes means that MORE surface area is exposed to flavoring agents. Let's do a visual demo. For the purposes of simplicity (and because I'm a terrible artist), let's think of our potato as a 3-dimensional cube:

Way more about surface-to-volume ratio than you ever wanted to know—but it matters for getting optimal flavor into your loaded baked potato salad!

So the point is that smaller cubes have more exposed surface that flavor can stick to.

ENOUGH science geekiness for now. The only caveat with cutting potatoes into smaller and smaller chunks is that they take less time to cook. And if you cut them TOO small, they're no longer recognizable as potatoes. So quartering, which, in baby potatoes, gives about ½" cubes, is as small as I go.

The other flavoring secret to any awesome potato salad is to season and/or dress the potatoes while they're still hot. This is perfect for vinaigrette-based dressings. However, this rule does not extend to those containing mayonnaise. Or, in this case, sour cream: badness ensues when these substances suddenly encounter heat. Instead, I toss the hot potatoes with two big pinches of salt and a quarter cup of rice vinegar. I spread the potatoes out on a sheet pan to cool down for about 20 minutes. Then, while the potatoes are still slightly warm, I mix them into the loaded baked potato salad dressing.

​Remember: if you're taking this loaded baked potato salad to a potluck, be sure to take food safety precautions. Keepthe salad chilled so that it doesn't grow nasty bacteria and sicken your entire party!

For more potluck and cookout recipe inspo than you could possibly ever need, check out my Virtual Memorial Day Potluck Recipes Roundup!

"Traditional" Potato Salad: A delicious spin on the traditional mayo-based potato salad recipe with flavoring hacks to make sure that the potatoes are well seasoned.