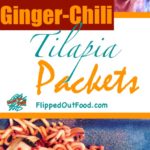 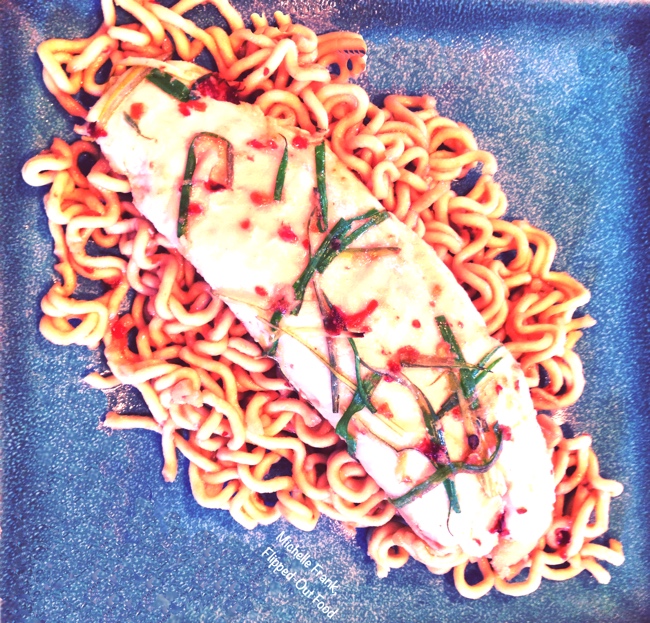 Ramen Ginger-Chili Tilapia Packets take about 40 minutes, they're a cinch to put together, and they're packed with flavor. The ginger perfectly balances the acidity of the vinegar, the saltiness of the soy sauce, and the heat of the chili sauce.

The idea of cooking food in packets has been around for thousands of years: think banana leaves, grape leaves, or corn husks stuffed with yummy things and cooked over fires or in barbeque pits. The official French term for this technique is en papillote. It's  very versatile: simply place thin-cut poultry or meat, or fish, or shellfish in a packet with vegetables, some herbs, and some broth to help everything cook. For Ginger-Chili Tilapia, we also use the broth to cook our noodles.

Here at Flipped-Out Food, we like this technique because 1) it's fast and 2) clean-up is super easy. I have Ramen Ginger-Chili Tilapia Packets filed under "One-Pot Meals" because everything is cooked together in the same vessel—but the fact that you didn't even dirty a pot makes this technique even better than a traditional one-pot recipe.

You'll want heavy-duty foil for this project. You need pieces of foil that are large enough to make a roomy package around the fish and noodles. I like to make an indentation in the foil so that the sides are folded up slightly, which will prevent the ingredients leaking out as you assemble the ingredients. I put noodles on the bottom, ladle the sauce over the top, and sprinkle slivered scallions all over the top. Then I simply gather up the sides of the foil packet and roll the top, leaving a tiny opening so that steam can get out.

Although I carefully open the ramen ginger-chili tilapia packets halfway through the cook time and spoon the sauce over the top of the fish, it's not critical to do so. After about 25 minute, I check to see if the fish flakes easily with a fork, which means it's cooked through. Then it's just a matter of plating and eating.

There you go! Ramen Ginger-chili tilapia packets for the win! They make for a quick, tasty, healthy meal that I hope you'll really enjoy.

Check out Mastering Easy One-Pot Meal Recipes for even more easy dinner inspiration! Or, for meal ideas that rely on pantry staples, pop over to Easy Pantry Meals – Living Out of Your Pantry (and refrigerator and freezer). 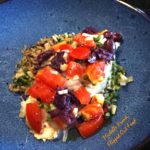