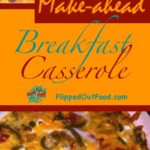 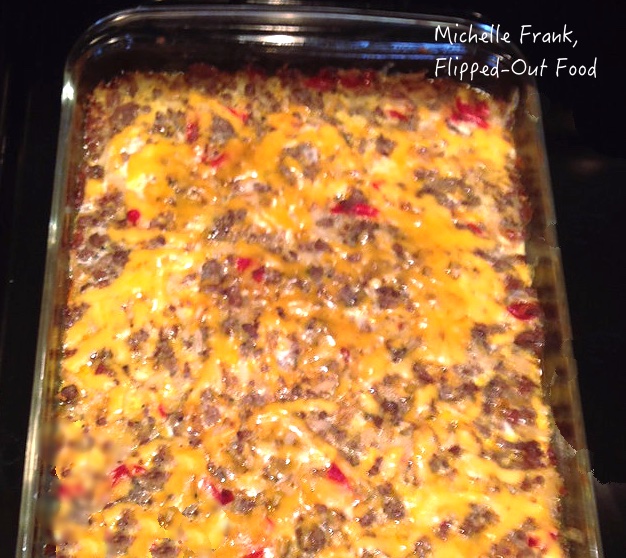 This breakfast casserole is very similar to the Southern-style breakfast casseroles you’ve seen before, but I’ve managed to complicate it…JUST a bit. See, I like the results I get by shredding potatoes for hash browns myself rather than using the pre-shredded, frozen variety. Hash browns made this way retain a bit of their crunch during the baking process, and that texture is important to me. You can certainly use the frozen variety for simplicity (about half the bag, prepared according to package directions), but I’d advise you to remove as much of the moisture as possible before cooking them.

And then there’s the clarified butter…but it’s really easy to make (ahead of time!) and gives you optimal hash brown crunchiness. This is because the process of clarifying the butter removes the milk solids, thereby conferring a very high smoke point: you can even use it to sear meats. If you’re short on time, you can always substitute store-bought ghee (you can usually find it in the ethnic foods aisle at your grocery). 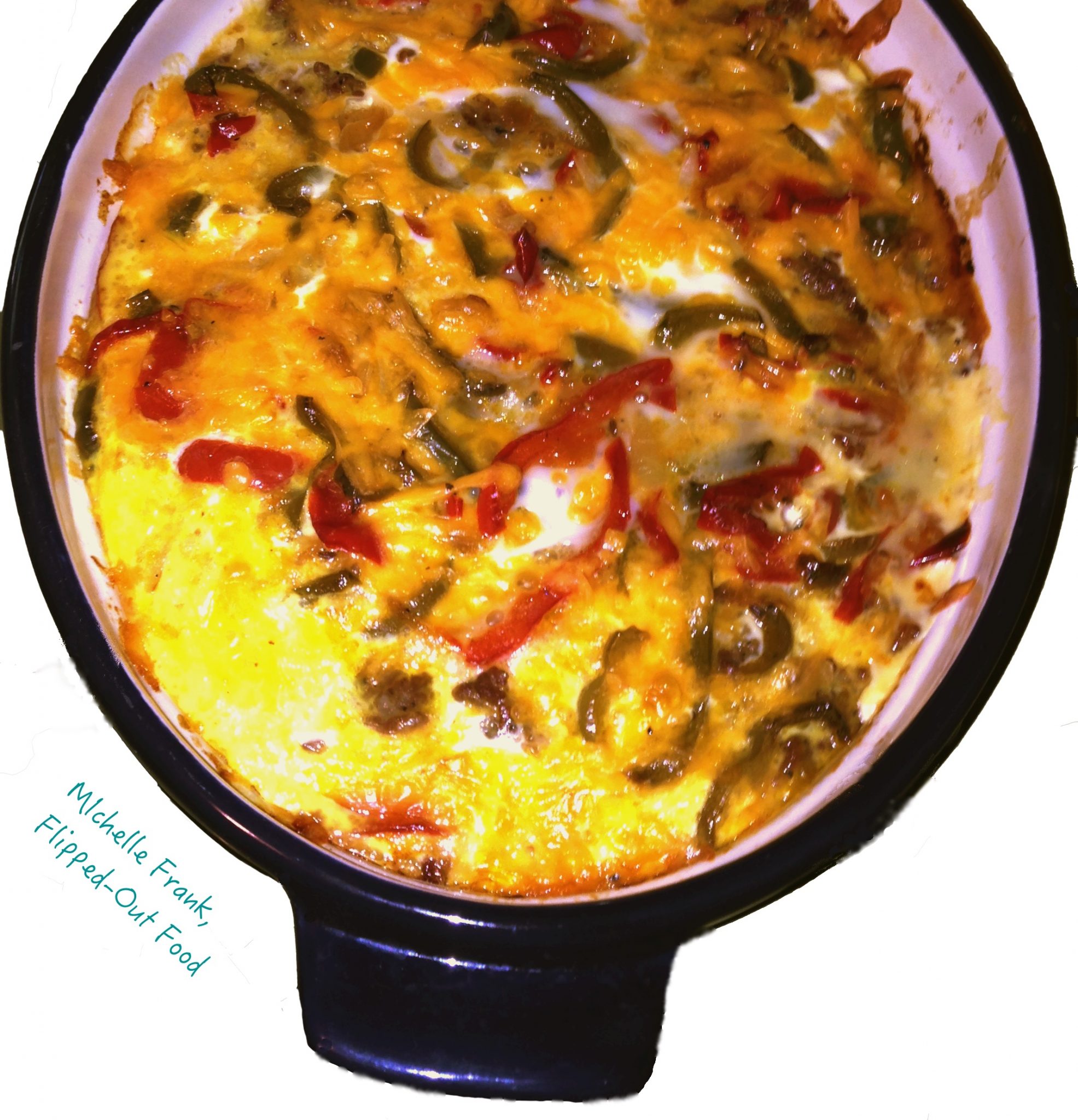 For our vacation in Northern Wisconsin, I had everything except the egg mixture in my prepared casserole dish before we traveled. All that was left to be done was mix up the eggs, milk, and herbs, add it to the casserole, and bake! YUM.

This breakfast casserole can be made the night before, which is ideal for holiday brunches. In my family, casserole has made starring appearances for Mother’s Day brunch and Christmas Morning breakfast. It has traveled to a cabin in Northern Wisconsin for a fantastic, hearty breakfast during the Frank Family Vacation: in this case, I did everything except mix up the eggs before we traveled. It’s also a wonderful work-ahead solution for busy mornings.

Now, a caveat: if your kids are picky eaters, they will likely not be fans of the red bell pepper (i.e., visible vegetable) in the casserole. By all means, leave it out if it helps your cause. Of our three kids, two will happily attack the breakfast casserole—bell pepper and all—and one won’t touch it even if the peppers are left out. This is our “every family has a kid who won’t eat” child (think of the meatloaf and mashed potatoes scene from Christmas Story), so I’m not too worried that he’s not a fan.

My mom is a good ol’ Southern girl, and she absolutely loves this breakfast casserole. So THAT tells me that this recipe is a keeper. 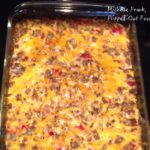 For the clarified butter

For the hash browns

For the final casserole

Work Ahead
You can cook the sausage, hash browns, and vegetables the night before: add the mix to your prepared baking dish (step #12); cover with plastic wrap or foil and refrigerate overnight. The next morning, remove the covering and pick up at step #13.